Since drowsiness may, on occasion, occur with use of Vomizal, patients should be warned of this possibility and cautioned against driving a car or operating dangerous machinery. Patients should avoid alcoholic beverages while taking this drug. Vomizal should be used with caution in patients with asthma, glaucoma, or enlargement of the prostate gland.

Is Vomizal safe in pregnancy?

Vomizal, is one of the most commonly used medications for NVPs ((nausea and vomiting in pregnancy). Vomizal is generally considered safe to be use in pregnancy. Vomizal, should be used in pregnant women only if absolutely necessary, and duration should be as short as possible and dosage should not exceed two tablets per day.

Nausea and vomiting are common symptoms experienced by 50– 90% of women in early pregnancy. ‘Morning sickness’ is a misnomer frequently used to describe nausea and vomiting in pregnancy (NVP), although the symptoms may persist the whole day and/or night.

Pregnant women experience these symptoms mainly in the first trimester between 6 and 12 weeks of gestation, few of them continue till 20 weeks of gestation while in few others it continues throughout the pregnancy.

The problem peaks at 9-week gestation, and approximately 60% of NVPs resolve by the end of first trimester. In a very small minority of these patients, the symptoms become severe leading to dehydration, weight loss, excessive vomiting, and mandate hospital admission; this condition is known as Hyperemesis Gravidarum.

HG defined, based on the symptoms, vomiting exceeding three times a day with significant ketonuria or weight loss more than or equal to 5% of pre pregnancy weight, electrolytic imbalance or fluid depletion, and onset occurs at 4 to 8 weeks of pregnancy till 14 to 16 weeks.

Both patients and healthcare practitioners often fear the use of antiemetic medications in pregnancy due to the potential risk to fetus and mother. The manifestation of nausea and vomiting in pregnancy is different among each woman, so its management should be tailored similarly.

An early treatment of nausea and vomiting is important and beneficial since it prevents a more severe form of occurring, or a possible hospitalization, and prevents both emotional and psychological problems.

It is very important for the women and the healthcare providers to understand that a safe and effective NVP treatment benefits both fetus and mother, thus all the treatment options should be open and considered.

Nonetheless, given the widespread prevalence of nausea and vomiting, its adverse effects and effects on psychological conditions of pregnant women, it is necessary to be treated effectively and safely during embryonic and fetal developmental stages.

Does Pyridoxine effective in treating Nausea and Vomiting?

Pyridoxine is a water-soluble vitamin and is a very essential coenzyme for folate metabolism pathway; the drug was first licensed for the use of NVP in 1942.

Pyridoxine was clinically proved to be efficacious in two different trials that showed significant reduction severity of nausea with a very little effect on the episodes of vomiting.

The first trial showed that it is efficacious only in severe form of nausea and vomiting, and concluded; pyridoxine is more effective in relieving the severity of nausea with less significance to episodes of vomiting.

Does Meclozine used to treat Nausea and Vomiting?

A pooled data from seven randomized clinical trials have confirmed that antihistamines (including Meclozine) significantly reduce nausea and vomiting in pregnancy. Meclozine is known to have a sedative effect, and thus many women show discomfort in taking these medications throughout the day.

Undesirable effects are mostly related to CNS depressant or paradoxical CNS stimulation effects, to anticholinergic properties, or to hypersensitivity reactions of Meclozine hydrochloride.

The most common adverse effect of Meclozine hydrochloride is drowsiness or sedation. Dry mouth is a frequent adverse effect. Blurred vision, nausea and vomiting occur rarely. 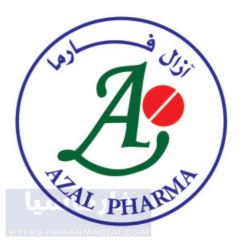 Contact Pharmacily administrator: If you have any notes or feedback you need to reach us with, feel free contacting us any time via e-mail( Listen2article@gmail.com). Please contact us via email (listen2article@gmail.com) or via contact us form, if the information on this page is incorrect, or if you have other information to update this page.. Ref: #Meclozine_Pyridoxine_Combinations